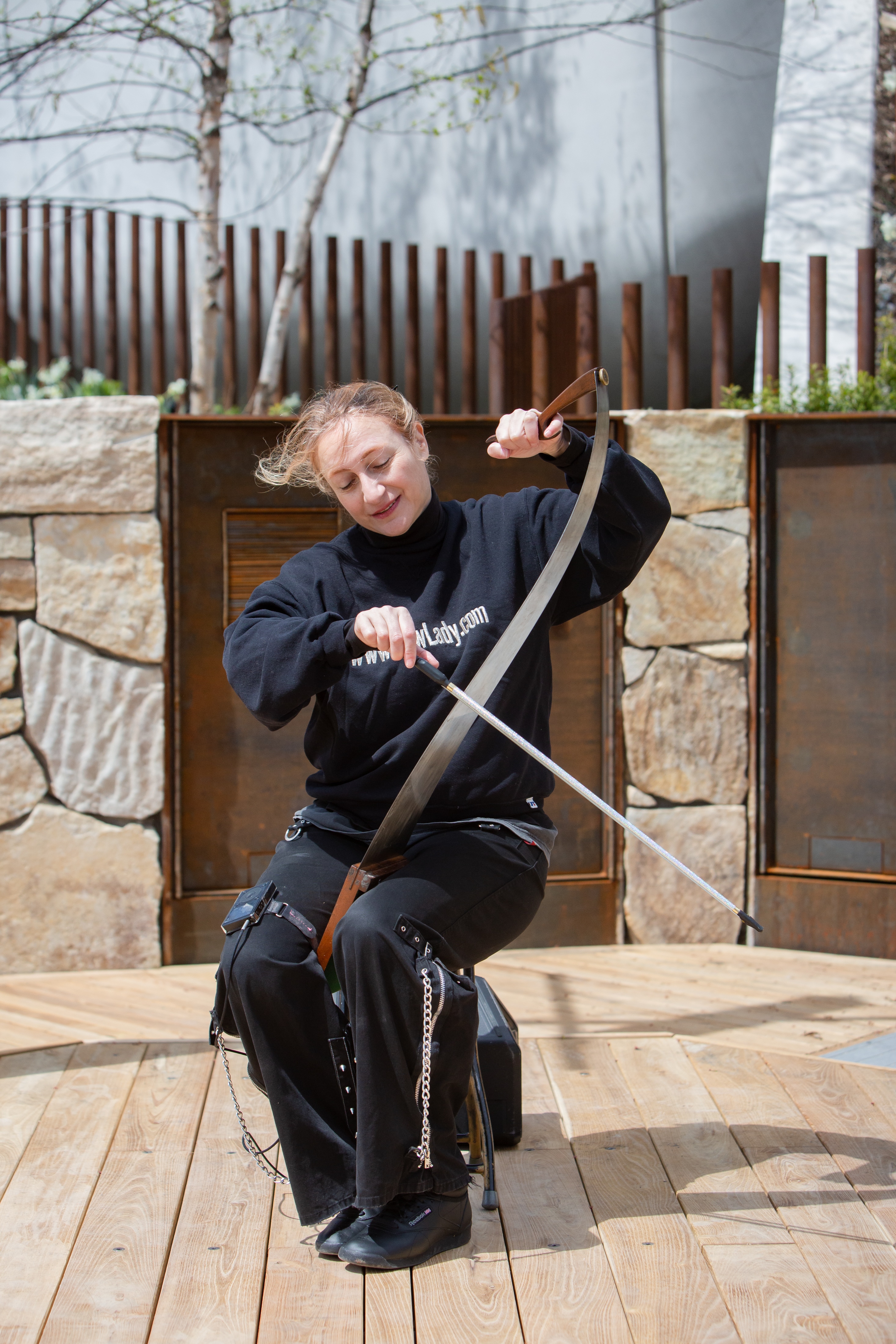 Natalia ‘Saw Lady’® Paruz has spent more than two decades bringing the rare art form of playing music on a carpenter’s saw to audiences around the world. Her playing can be heard on movie soundtracks such as HBO’s ‘The Jinx’, ‘Time Out of Mind’ with Richard Gere, Fox Searchlight’s ‘Another Earth’, ‘Dummy’ with Adrien Brody, etc. She is available for remote recordings via www.MusicalSawMusic.com . Her three albums, ‘Playing on the Edge’ – a compilation music from different movie soundtracks she did, ‘I Saw the Future’ – a classical album and a Christmas one titled ‘Hark! An angel sings’ can be found on all streaming services (links from www.SawLady.com ). She performed with the Israel Philharmonic conducted by Zubin Mehta, with the Westchester Philharmonic, Royal Air Moroccan Symphony, Manhattan Chamber Orchestra etc., at prestigious concert halls such as Carnegie Hall, Lincoln Center and Madison Square Gardens. Natalia, who was chosen for the ‘Best of New York’ lists many times, received citations of honor from the New York City Council, the New York State Senate, New York State Assembly, NYC Mayor Michael Bloomberg and a medal of honor from Paris, France.