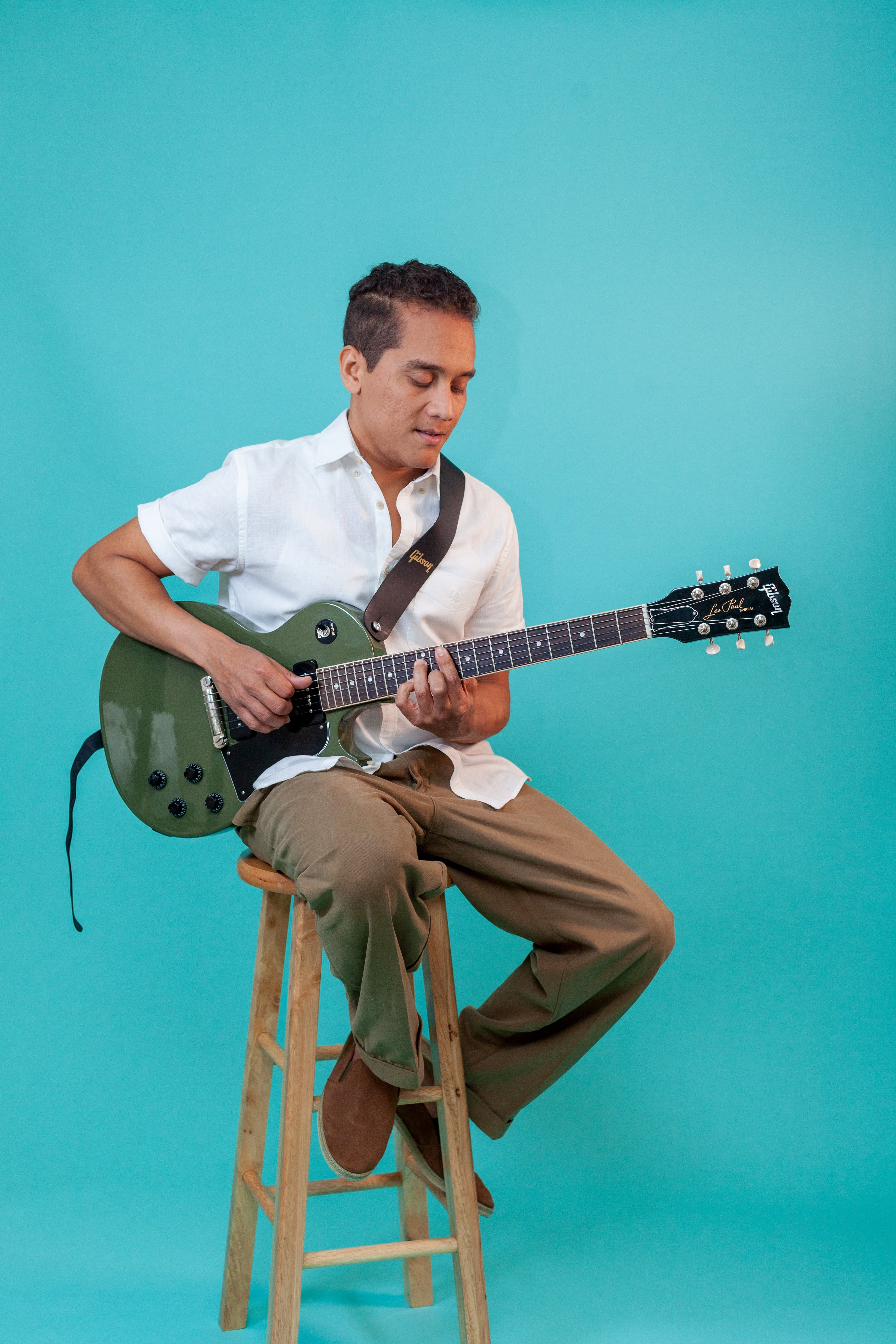 Yasser Tejeda is an award-winning Dominican composer, guitarist, vocalist, and producer. According to Billboard, Yasser is giving traditional folkloric music a new spin with jazz, rock and Caribbean rhythms in “a frenzied celebration of ancestral union” while Juan Luis Guerra, the most influential Dominican artist in the world, praised his mission calling it the “marvelous example of what’s happening with Dominican music.”

Tejeda has released two commercial albums, Kijombo (2019) and Mezclansa (2009), with his group Palotré. Mezclansa was dubbed one of the “100 essential recordings of Dominican music” by the Dominican National Association of Art Writers (Acroarte) and his second album Kijombo received six awards from Dominican Republic’s Premios Indie, including Best Album.

He also recently released his first solo acoustic EP called Interior. When it comes to his music, Yasser’s hope is to incite an awakening so new generations will be inspired to explore, promote and uplift their afro-Dominican roots as well.