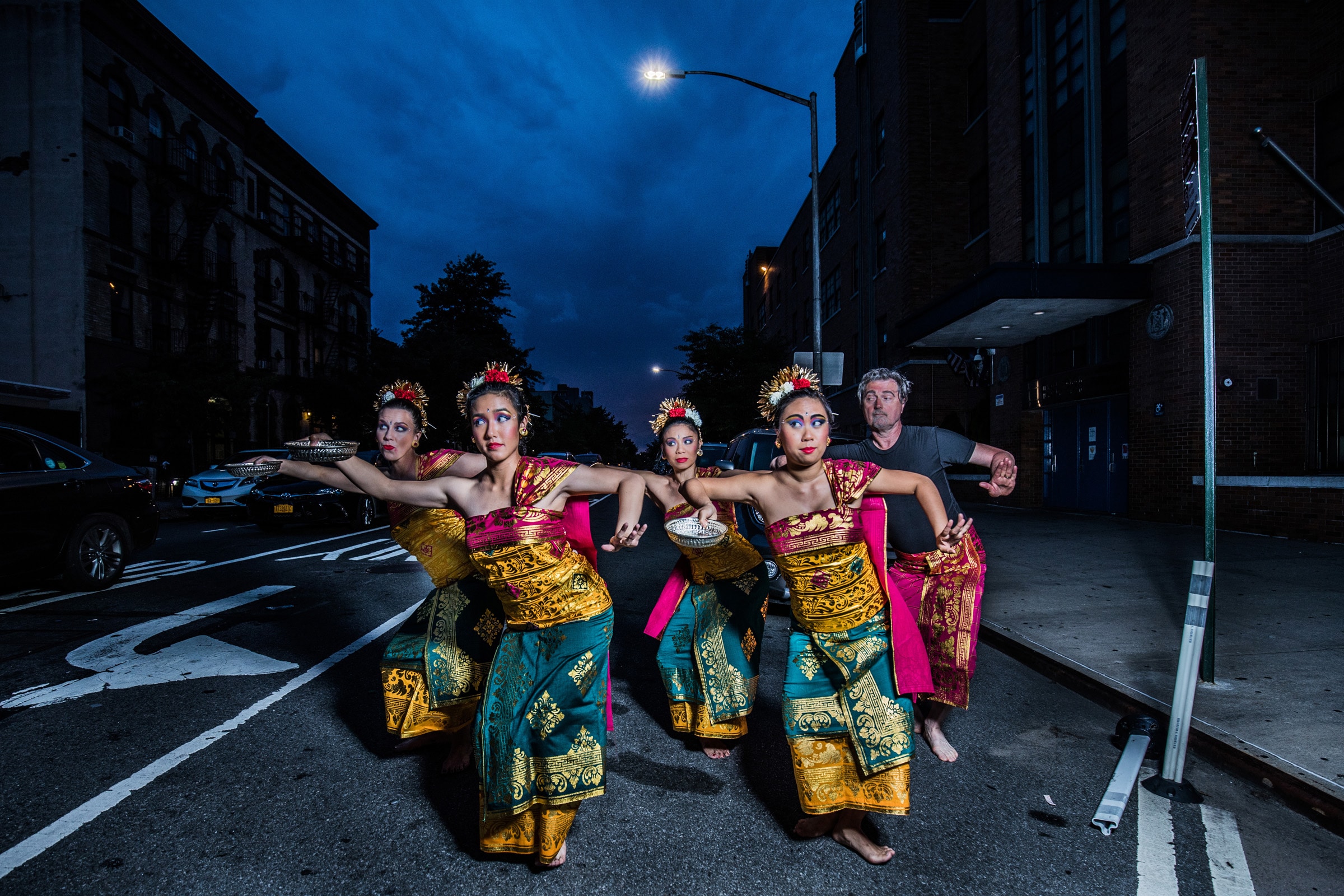 Gamelan Dharma Swara (GDS), is a coalition of musicians, dancers, and composers presenting Balinese performing arts through performance, commissions, and education. Dedicated to both tradition and new works, GDS balances works by and in collaboration with Bali’s artists as well as with American composers such as Matthew Welch, Joel Mellin, Momenta Quartet, Vivian Fung, and jazz singer Nerissa Campbell. Established in 1989, GDS has been described by the New York Times as “an ambitious and powerful ensemble who plays gamelan as a living language.” In 2010, we were the first non-Indonesian group invited to compete against Balinese gamelans in the annual Bali Arts Festival. At Little Island GDS is presenting a small musical ensemble plus dance troupe. Gendèr Wayang is a type of small orchestra dating back centuries and is the most intimate of gamelan ensembles, often accompanying shadow puppetry and wedding or cremation ceremonies. Balinese dance is refined, dynamic and stylized, drawing across the spectrum of ritual to entertainment, and represent female, male and a third, neutral gender.