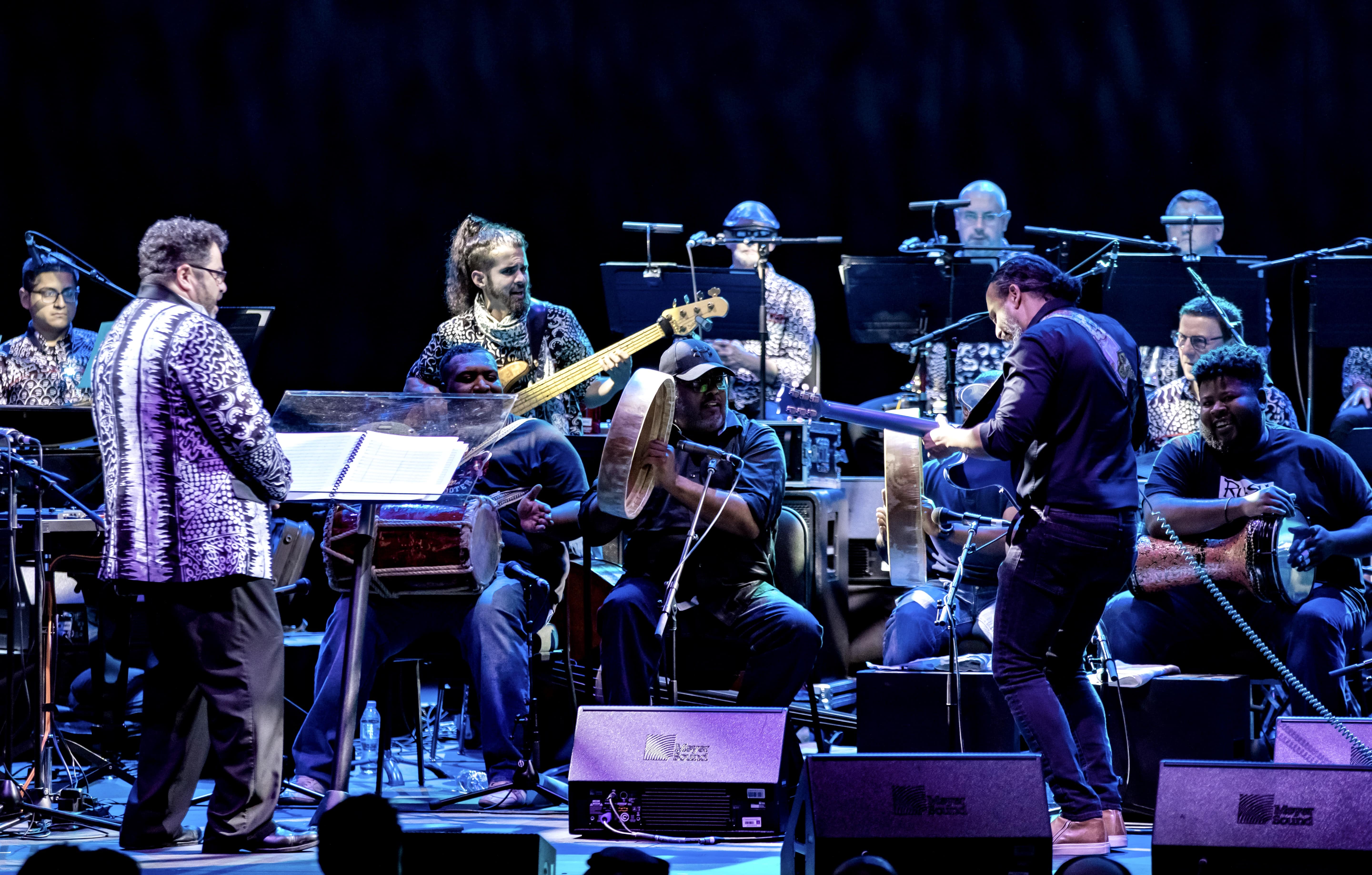 Kuwaiti-American applied-ethnomusicologist and professor of music, Ghazi Faisal Al-Mulaifi, earned his Doctorate of Philosophy from NYU (2015) and founded Boom Diwan, a collaborative jazz ensemble inspired by the cosmopolitan Kuwaiti seafaring music of Indian Ocean trade, with influences spanning from Zanzibar to Calicut.

The Boom, the most important ship in Kuwait, was used for pearl diving and for merchant trade. This serves as a metaphor for the musical exploration that Boom.Diwan engages in. The Diwan (music) is a place where traditional Kuwaiti seafaring music ensembles preserve and pass on traditional Kuwaiti music. This is also a metaphor for the exchange between Boom.Diwan with other musicians; regardless of genre, style, or culture.

Ghazi, together with  traditional Kuwaiti musicians dialogue Kuwaiti bahri (sea) music with global jazz traditions for the purpose of creating a new Kuwaiti music that revives a musical tradition of dialogue and exchange.

Hailing from the Emirate of Fujairah, Ali Obaid is the leader of Takht Al Emarat, the Fujairah Band of Arabic Music, the Fujairah Orchestra, and director of the Fujairah Academy of Fine Art. His work has been on the forefront of developing urban Arab music in the UAE and one of bringing together Egyptian, Iraqi, and Gulf music to develop a unique Pan-Arab musical cosmopolitanism.

Obaid is the ambassador of the musical heritage of Fujairah, one of the most important teaching institutions in the country that brings authentic and accurate representation and enriches the understanding of musical instruments such as the Oud.

Ahmed’s career includes high profile collaborations with the likes of Radiohead, Lee Scratch Perry, Transglobal Underground, Arturo O’Farrill, and Natacha Atlas, including a world tour with These New Puritans. Yazz was nominated for Downbeat Magazine’s ‘Trumpet Artist of The Year’ and featured in the ‘Rising Star Trumpet’ category in the 2020 Downbeat critics’ poll. And at the close of 2020, she won the “Jazz FM Award” for UK Jazz Act of the Year, “Jazz FM Album of The Year,” and the highly prestigious Ivor Novello Award for Innovation.

Award-winning mezzo-soprano vocalist Malika Zarra is a multi-cultural shape-shifter who leaps effortlessly between seemingly unconnected languages and traditions, uniting them while utilizing each to enrich audiences. Zarra has a rare ability to communicate powerful and subtle feelings in Berber, Moroccan Arabic, French and English. Upon moving to New York City from initially Morocco and then Paris, Zarra’s repertoire incorporates her native Berber, Gnawa (a percussive form of religious trance music), Chaabi (Arabic working-class blues), French pop, and jazz rhythms.

Zarra has become an in-demand headliner at concert halls and festivals across the globe, and has recorded and/or performed with Makoto Ozone, John Zorn, Arturo O’Farrill, Aruan Ortiz, Tommy Campbell (Dizzy Gillespie), Will Calhoun (Living Color), Lonnie Plaxico (Cassandra Wilson), and countless others.

About Arturo O’Farrill and the Afro Latin Jazz Orchestra
GRAMMY Award-winning pianist, composer, and educator Arturo O’Farrill—leader of the “first family of Afro-Cuban Jazz” (New York Times)—was born in Mexico and grew up in New York City. Son of the late, great composer Chico O’Farrill, Arturo played piano in Carla Bley’s Big Band from 1979 through 1983 and earned a reputation as a soloist in groups led by Dizzy Gillespie, Lester Bowie, Wynton Marsalis, and Harry Belafonte. In 2002, he established the GRAMMY Award-winning Afro Latin Jazz Orchestra (ALJO) to bring the vital musical traditions of Afro Latin jazz to a wider general audience, and to greatly expand the contemporary Latin jazz big band repertoire through commissions to artists across a wide stylistic and geographic range. In March 2021, O’Farrill and the ALJO won their 7th GRAMMY for Four Questions, with Cornel West as guest orator. In September 2018, O’Farrill released his album, Fandango at the Wall: A Soundtrack for the United States, Mexico, and Beyond, which was also released as a documentary for HBO MAX. In 2019, O’Farrill was appointed Professor at The UCLA Herb Alpert School of Music in the Global Jazz Studies department and is currently the Associate Dean for Equity, Diversity, and Inclusion. O’Farrill’s debut recording with Blue Note Records …dreaming in lions… is nominated for a 2022 GRAMMY Award in the “Best Instrumental Composition” category, and his album, Virtual Birdland (ZOHO), is nominated for “Best Latin Jazz Album.” O’Farrill is a Steinway Artist and records for Blue Note Records.