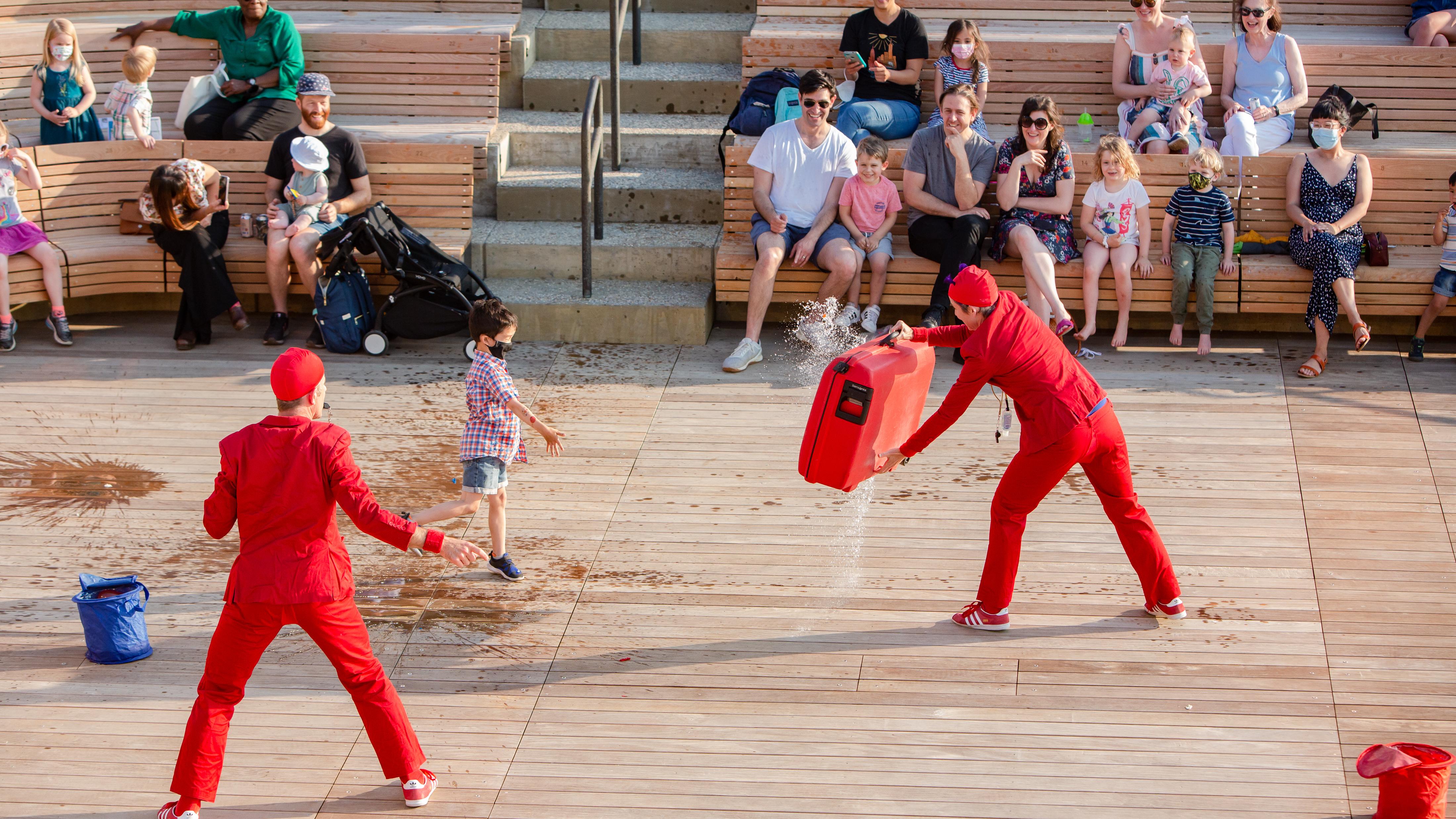 Everyone loves a water balloon fight! Dramatic opera music scores this hysterical battle filled with 100 flying water balloons and ridiculous comedy. With no words, Seth and Christina create a laughter-filled zone of wet fun, encouraging two audience members to be mighty gladiators. See why Waterbombs has thrilled crowds in over 25 countries.
Seth Bloom and Christina Gelsone met at a circus in Afghanistan, were engaged while street performing in Scotland, married in China, and occasionally come home to New York City. Since 2005 they have performed in over 25 countries, competed in international circus festivals, starred on the Big Apple Circus, and even appeared on a postage stamp. They live in Harlem, New York City.