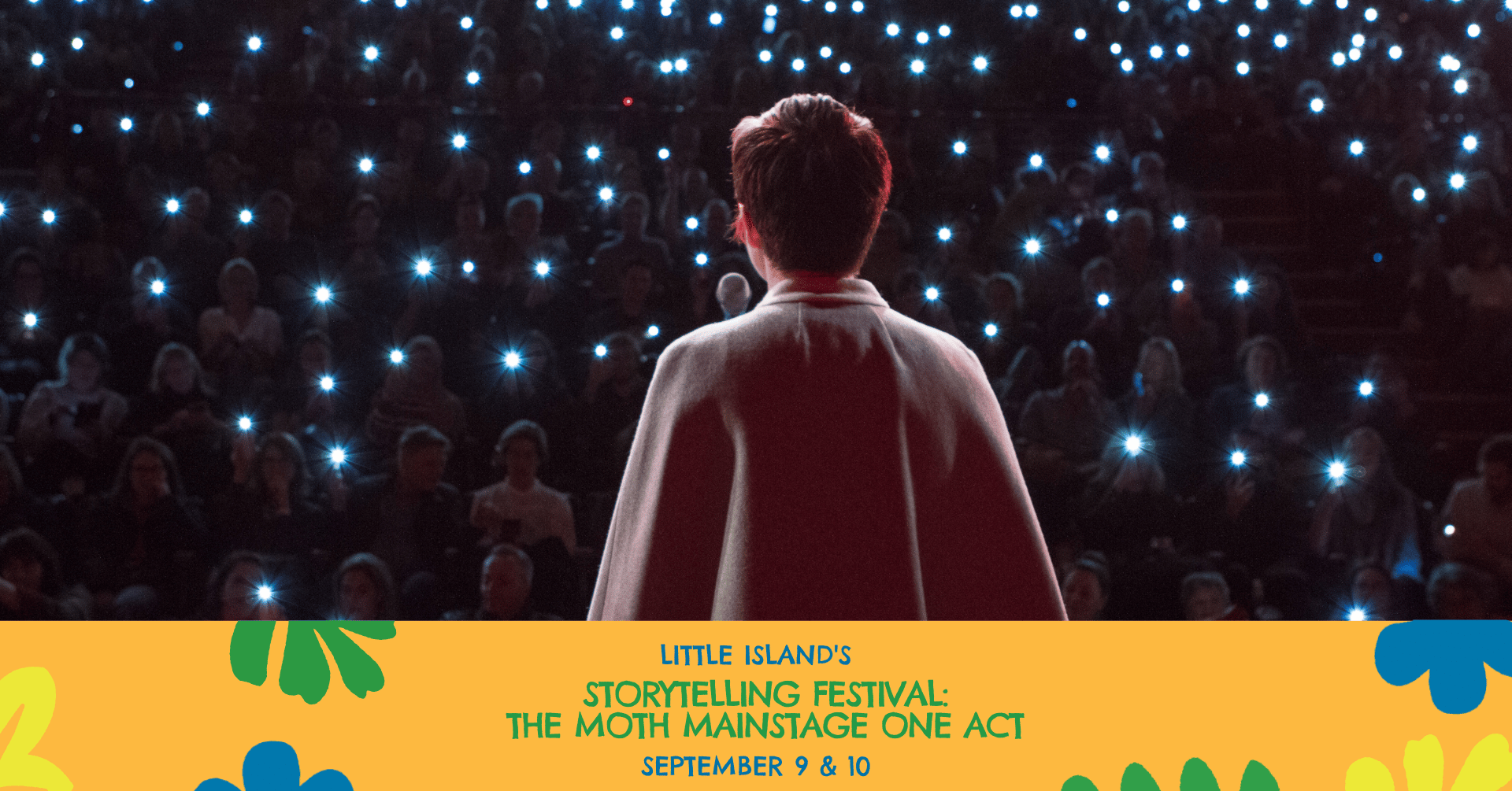 The Moth Mainstage One Act

It’s no exaggeration to say that The Moth – hailed as “New York’s hottest and hippest literary ticket” by The Wall Street Journal – has popularized the art of live storytelling in America. In its 25-year history, The Moth has presented over 50,000 stories, told live and without notes, by people from all walks of life to standing-room-only crowds worldwide. Now we’re thrilled to host their Little Island debut, in an evening of homemade, homespun performances you won’t want to miss!

The Moth is a nonprofit dedicated to the art and craft of storytelling. For 25 years, The Moth has presented over 50,000 true personal stories to standing-room-only audiences around the globe. Renowned for showcasing a broad range of human experiences, The Moth produces approximately 600 live and virtual shows each year and has an ongoing presence in 28 cities worldwide. The Moth runs storytelling workshops for high school students, teachers, adults and advocates from around the world through its Education, Community, Global and MothWorks programs. The Moth Podcast is downloaded over 95 million times a year, and each week, the Peabody Award-winning The Moth Radio Hour, produced by Atlantic Public Media and presented by PRX, is heard on over 575 radio stations. The Moth has published four critically acclaimed books — The Moth: 50 True Stories (2013), All These Wonders: True Stories about Facing the Unknown (2017), The New York Times Best Seller, Occasional Magic: True Stories About Defying the Impossible (2019) and How to Tell a Story: The Essential Guide to Memorable Storytelling from The Moth (2022) which debuted at #6 on The New York Times Best Sellers List.

Donald Harrison is a Philadelphia-based writer and pianist. He has an MFA in Creative Writing from the Michener Center at the University of Texas at Austin and has worked as both a writing teacher and a learning experience designer. He plays and sings every Friday night at Tavern on Camac in Philadelphia and has performed as a storyteller and accompanist in venues around Philadelphia and New York City.

Andrew McGill: Andrew McGill is a stand up comic and storyteller born and raised in Brooklyn, NY. You can catch him all over NYC doing stand-up and telling stories. He also teaches English at a high school in Brooklyn.

Nancy Pascal: Nancy Pascal AKA Ayan is a native New Yorker. She is a mother and a community organizer. She has had various roles in the corporate, social services, and political arenas. Most recently was appointed as the Executive Director of the former NYC’s Mayor’s Faith Based department. She comes from a family of storytellers. You can find her in Brooklyn talking to her neighbors, and stirring up good trouble.