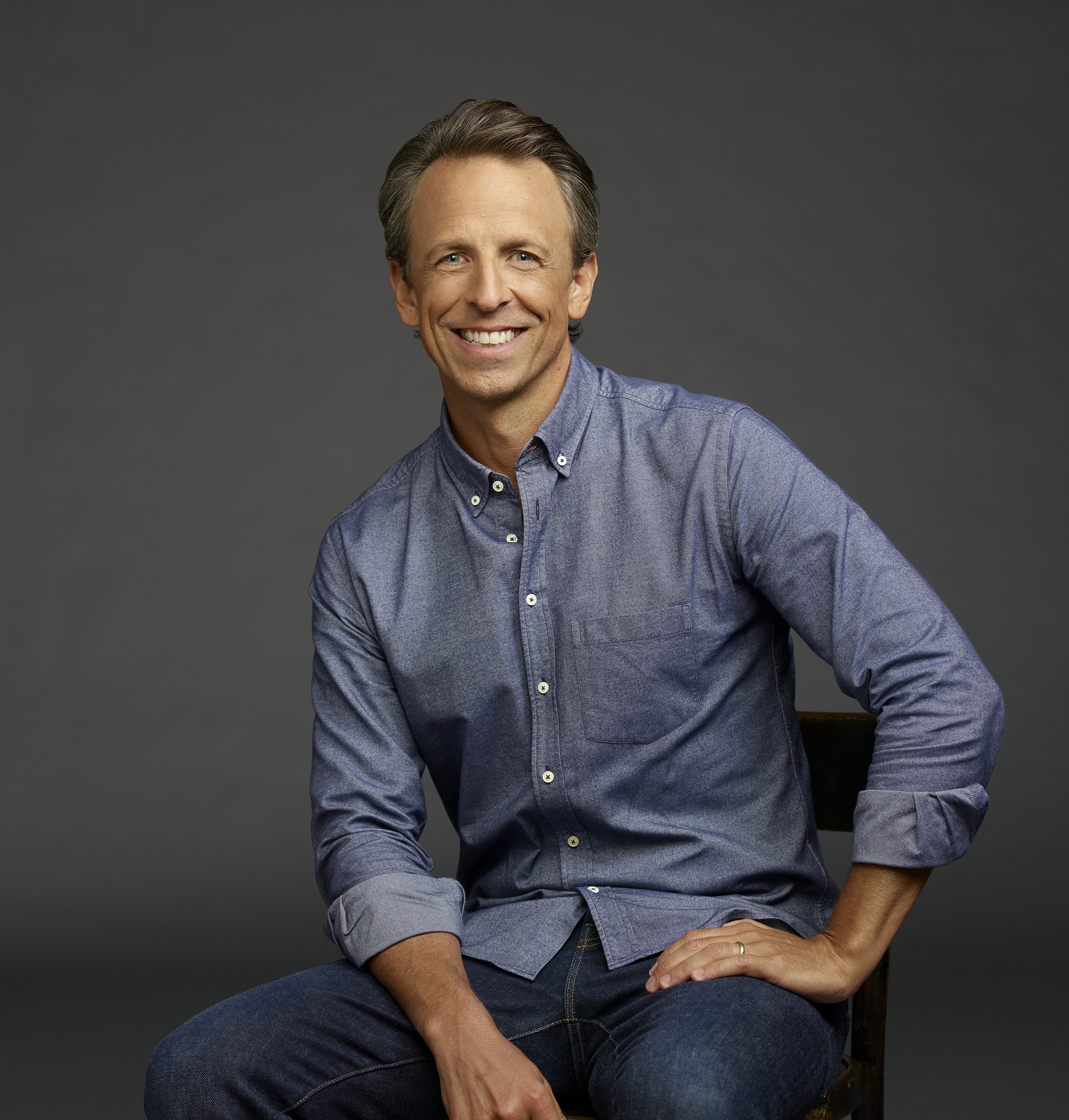 An Evening with Seth Meyers & Friends

SETH MEYERS is an Emmy Award-winning writer, New York Times bestselling author and host of NBC’s “Late Night with Seth Meyers.” “Late Night” is currently nominated for three 2022 Emmy Awards including Outstanding Variety Talk Series. Meyers began his TV career with “Saturday Night Live” in 2001, where he was a cast member for 13 seasons. He served as head writer for nine seasons and “Weekend Update” anchor for eight. In 2019, he released his debut standup special, “Lobby Baby,” on Netflix. Meyers executive produces Peacock’s “The Amber Ruffin Show” and IFC’s “Documentary Now!”. His children’s book, “I’m Not Scared, You’re Scared,” was released in March 2022.

JOE PERA is a standup comedian, writer, and filmmaker from Buffalo, NY now living in New York, NY. Joe is best known for his current Adult Swim series, ‘Joe Pera Talks With You’, which The LA Times refers to as ‘TV’s quietest, most artful comedy’. He has performed his subdued standup on Conan, Late Night with Seth Meyers, and Comedy Central. After his animated special ‘Joe Pera Talks You To Sleep’ (which many have found to work), he followed up with other projects for Adult Swim including ‘Joe Pera Helps You Find the Perfect Christmas Tree’ and ‘Relaxing Old Footage with Joe Pera’.  Through his production company, Chestnut Walnut, Joe has also directed a number of film and tv projects including Conner O’Malley’s ‘Truthhunters’ pilot for Comedy Central. Joe’s new book ‘A Bathroom Book for People Not Pooping Or Peeing But Using the Bathroom as an Escape’ is out now from Macmillan publishing, and on the USA TODAY best seller list. Season 3 of ‘Joe Pera Talks With You’ is now available to stream on HBO Max, and Joe can also be seen appearing on season 5 of ‘Search Party’ which just premiered on the platform.

HOODO HERSI is a NY-based comedian from Toronto who made her late-night stand up debut on Late Night With Seth Meyers. Since being selected as a New Face: Canada at the Just For Laughs Festival in Montreal, one of CBC’s 15 Comics to Watch, and an Audible New Voice at SF Sketchfest, Hoodo has performed in clubs and festivals all over Canada and the United States. She has performed alongside Hasan Minhaj, Lil Rel Howery, Roy Wood Jr., Nicole Byer, and Maria Bamford, among others. She also had the distinct honors of hosting the TEDxToronto Conference and featuring in Sephora’s national “Get Lippie” lipstick campaign in partnership with Fashion Magazine, where she was profiled as one of the three Female Comedians Taking Canada by Storm Right Now. She is currently developing a semi-autobiographical series with Pam Brady.

JEFF WRIGHT is a comedian, actor, and writer originally from Orlando, FL. He is currently a WGA Award-Nominated writer and performer for NBC’s Late Night with Seth Meyers. Jeff rose to fame with his short, quick-witted sketches that he writes, directs, and stars in, often satirizing social media and pop culture brands. In 2020, the NY Times included him in their annual prestigious list of Great Performers. He has amassed over 2.5 million followers on TikTok and has established himself as one of the premiere comedic voices on the platform.